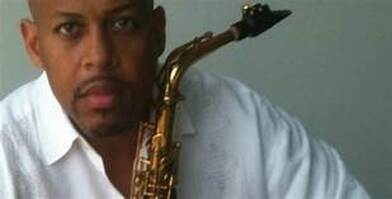 ... a saxophonist living in San Antonio Texas, he has been performing since the 80's. His musical roots run deep, having his earliest musical experiences in Blues, R & B, Reggae, Latin, Tejano and Country bands. It's his love for music that keeps him grounded and his love for jazz that keeps him performing. Soon after academic life, he pursued many different avenues in the field of music; at times as a sideman for many local artists and other times as a studio musician.

BillyRay is one of the first call smooth jazz performers in the San Antonio area, having shared his talents on stage with notable genre stars Steve Oliver, Peter White, Adam Hawley and Will Donato. He's also performed with Roy Hargrove, Julio Iglesias, The Dirty Dozen Brass Band and many more. With his saxophone's rich, warm, soulful tone, he has made a name for himself on the local and national music scene.
​
In November 2017, BillyRay released his debut CD entitled "Silk", co-written and produced by guitarist Steve Oliver. The album contains the single "Heels and Pearls" which has reached the TOP 20 airplay chart on smooth jazz radio. 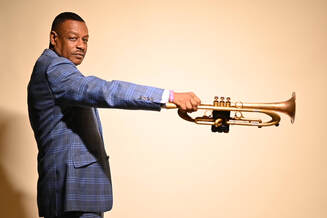 ... is a native of Orangeburg, SC and a graduate of South Carolina State University where he earned his BS Degree in Music Education and Performance. Over the course of his career he has become a go–to musician for many of soul music’s greats over the years. Willie’s stage presence includes performances with jazz greats including Dizzy Gillespie, Clark Terry, Frank Foster, Max Roach, Betty Carter, Gerald Albright, Walter Beasley, Alex Bugnon, Ronnie Laws, Hiroshima and Marion Meadows.

In 2014, Willie released his debut Contemporary Jazz CD “Another Day & Time” produced and co-written by keyboardist/Recording Artist Nicholas Cole. Tracks from this CD made the Smooth Jazz Billboard Charts and have been added to Smooth Jazz Radio Stations worldwide to include Music Choice, Pandora, Spotify, and iHeart Radio.

Willie’s sophomore CD ”Going With The Flow” was considered for a Grammy, “Best New Contemporary Jazz Instrumental Album 2018”. Title track, “Going With The Flow” and “Bring Your “A” Game” are smooth winners added to Sirius XM “Watercolors” and Direct TV’s Music Choice Smooth Jazz Channel.
​
Bold, yet simultaneously charming; Edgy, yet at the same time beautiful; these seemingly opposing adjectives might well-describe the music of artist/trumpeter Willie Bradley, but also fittingly tell about the man! Willie Bradley’s music brings together many varied styles, but takes smooth jazz to a whole new level. On his new CD project “Going With The Flow”, Willie is definitely not just going with the average flow of things. Together with multi-award winning producer Preston Glass, (Kenny G., George Benson, Earth Wind & Fire and many more) they have brought together a fantastic group of songs as well as a cast of stellar musicians with varied styles (Greg Manning, Gerald Alston from The Manhattans, Bob Baldwin, Club Nouveau, and Jerry Martini of Sly & The Family Stone).

This musical adventure promises to be an appetizer of sweet things to come for Willie; savor it with open ears; and heart! 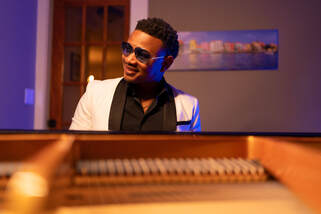 ... born and raised in Curaçao and now residing in Florida, has made his debut into the contemporary jazz scene with a billboard charting album "Still Waters Run Deep". His CD release was a sold out show which left the crowd asking for more! Gino has performed for years as a sideman for artists such as Adam Hawley, Julian Vaughn, Althea Rene, Karen Briggs, Kim Scott, Cindy Bradley, Jackiem Joyner, and many more. Gino has won several competitions and awards such as the Akademia Music Award for best Funk/Fusion with his Groove Symphony project. Gino has also performed numerous times on national television and on major jazz festivals.

Gino's music is charting on the Top 20 Billboard chart and can be heard on jazz stations all over the world, including Sirius XM Radio and iHeart Radio. Gino has performed at many jazz festivals and jazz venues all over the USA, Caribbean, and Europe.

“I knew it was time for me to step out as a solo artist. I’ve been putting it off for a long time and playing with other artists. I have some good material to release to the world. Because of my Caribbean and Latin roots, I think I have something special to offer musically. I don’t know how to explain it except by showing it through my music. My time has come to step out onto that stage, not as a sideman, but as Gino Rosaria, The Pianist.” ~ Gino 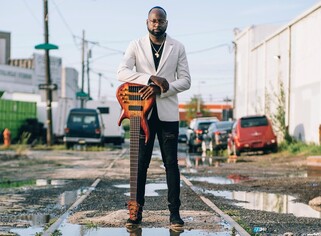 ... Jacob Webb, owner of Next Paradigm Records is a multi - #1 Billboard award winning producer, bassist, pianist, and multi-instrumentalist. A native of Newton Kansas, Jacob was started performing at the young age of 15. Jacob attended the prestigious music program at William Paterson University majoring in Jazz Performance. It was during this time that he co-founded the acclaimed Contemporary Jazz group The JT Project.
In addition to co-leading, writing, and producing for The JT Project, Jacob has produced collaborated and performed alongside wonderful artists including the iconic singer/songwriter Valerie Simpson of the legendary duo, Ashford and Simpson, Najee, Nick Colionne, Kim Waters, Cindy Bradley, Pamela Williams, Paula Atherton, Ladies of SKY, Freddy Jackson, Kenny Garrett, Mulgrew Miller, Jerry Hahn, Roy Hargrove, and several others!
In 2018 Jacob founded Next Paradigm Records, a 9 artist contemporary jazz roster of fresh talent acclaiming multiple #1 hit Billboard singles (A fully black owned business). Today, Billboard has recognized Next Paradigm as the #4 Label in smooth Jazz.
Jacob Webb’s #1 Billboard Singles Include:
“Overdrive” (2016) by The JT Project
“Backyard Brew” (2019) by The JT Project feat. Najee
“Details” (2020) by Jacob Webb
“Vibin’ In Time” (2020) by Alex Parchment feat. Phillip Doc Martin
"Off the Charts" (2022) by Judah Sealy 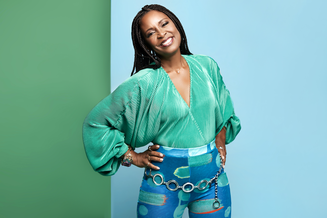 ...Acclaimed international Jazz vocalist Lori Williams has a most impressive resume as a performing artist, music educator, songwriter, producer, musical theater actress, radio voice announcer, business owner (PositiveMusicPM.org), and artist-in-residence with over 30 years of experience. Her annual vocal jazz tour and performance at music festivals have taken her to Europe (Austria, Germany, Slovakia, Slovenia, Russia, Switzerland, Czech Republic, and Ukraine), Japan, British Virgin Islands, and across the USA. Her vocal jazz artist residencies have allowed her to work with and mentor students on college campuses in the United States and abroad.

As a veteran educator and private vocal coach, Lori's received many honors including Outstanding Music Teacher, the 2007 Superintendent's Arts Teacher of the Year, and the 2010 Vincent E. Reed Teacher of the Year. Lori was nominated for a 2014 Helen Hayes Award as an Outstanding Lead Actress in a Resident Musical for her role as Ella Fitzgerald. Lori has received letters of recognition for her performances by President Joseph Biden, Speaker of the House John Boehner, and Senator C. Anthony Muse. “Immersed in traditional jazz from an early age and earning a B.A. in Mass Media Arts from Hampton University, she hosts a weekly radio program on JazzRadioWETF.org - "Collector's Choice With Lori Williams". Her weekly broadcast focuses on women in jazz, the international scene and young performers dedicated to the roots and traditions of the music. Lori is also the producer and host of Sunday Jazz Lounge at St. James Live! Jazz club in Atlanta, Georgia (stjamesliveatl.com).